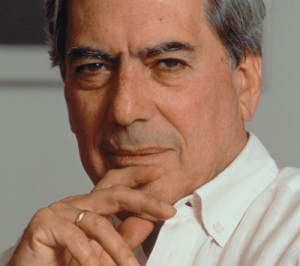 The theme of this year’s Nobels seems to be awarding men who long ago made their claims to the prize, were ignored, and then suddenly have been picked out of the old pile.
But it is nevertheless a delight to see Mr. Mario Vargas Llosa claim the prize. I have admittedly read very few Nobel-prize winning writers before they won the Nobel (I was in the middle of ‘Snow when Pamuk was announced as the winner), but Llosa is a writer whom I have admired for sometime. Especially in his less celebrated work The Storyteller.
I think its time to pick out Aunt Julia…a book which lies on my LatAm shelf, ignored after I had enough of the Latinos in Hopscotch! (Not to mention the equally thick Bolanos)

Wanderer View all posts by Madhuri